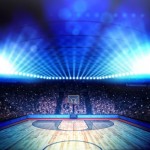 It is no secret that colleges court the best football and basketball players coming out of high school, but they are limited by what the National Collegiate Athletic Association (NCAA) says they can offer as incentives to these budding stars. That could change, however, if Jeffrey Kessler wins his antitrust lawsuit against the NCAA to open the market in college sports.

Kessler maintains that since colleges make money from their players, the players should get a piece of the pie. He used the University of Texas, which earned more than $165 million for school year 2012-13 from its athletics programs according to its 2014 annual report, as an example.

This is not the first time that the NCAA has been accused of antitrust violations, and a federal judge has already ruled in that. As a result, five of the most influential conferences have gained more freedom about how they compensate their athletes, but Kessler wants college athletics to be as market-driven as professional sports.

It’s also not Kessler’s first time around the block in sports litigation. He was successful in negotiating for the free-agency system currently prevailing in the National Basketball Association (NBA) and National Football League (NFL). He is now bent on expanding the earning opportunities of college athletes, many of whom may never make it to professional sports. Kessler’s bid has already made it past the preliminary hearings, and if all goes well, a trial date could be set for 2015.