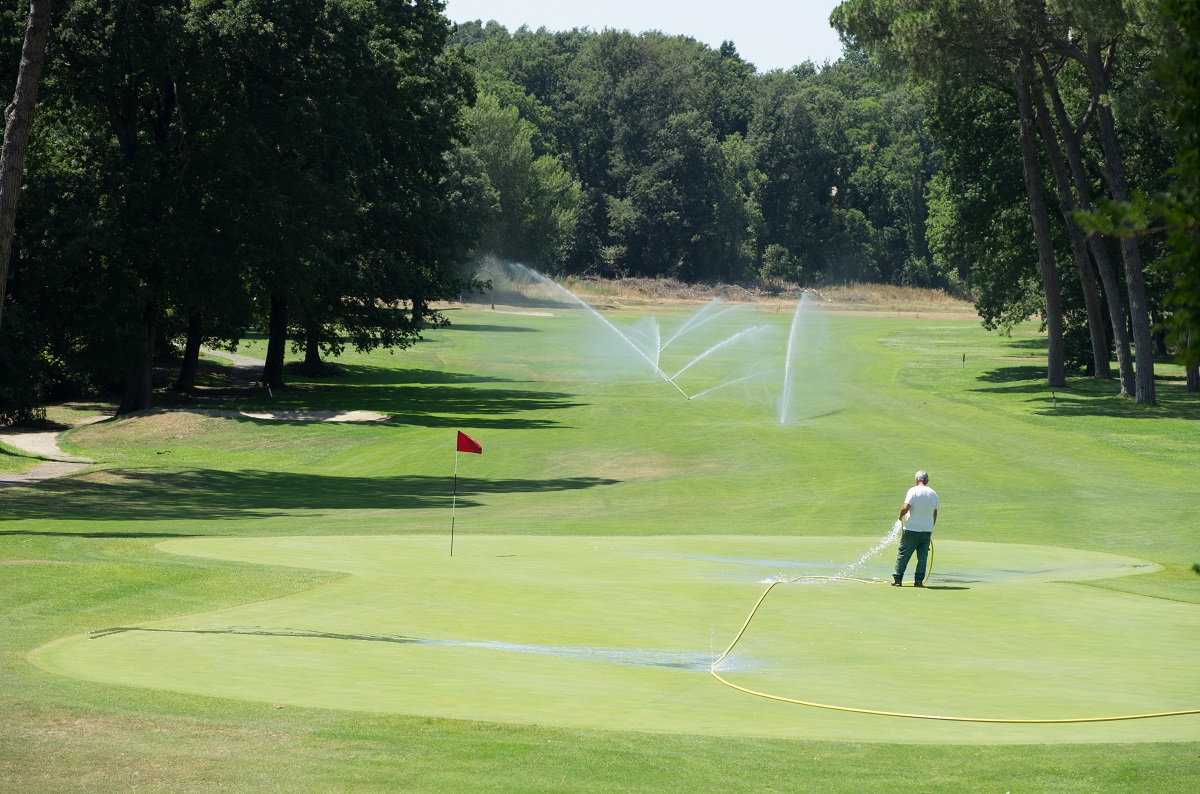 A professional golfer from Washington state is alleging in a lawsuit that exposure to Monsanto’s Roundup weedkiller caused his cancer. Monsanto, which is owned by Bayer, is in the process of settling thousands of similar claims for roughly $10 billion. While the company claims that their product doesn’t cause cancer, the science isn’t so clear.

On August 3, golfer Gary Lindebald filed a suit in the Eastern Washington U.S. District Court. The filing argues that exposure to the active ingredient in Roundup, glyphosate, as well as other toxic elements of the product, caused Linebald’s non-Hodgkin’s lymphoma.

Linebald has allegedly been using Roundup for decades as a part of his work at Spokane area golf clubs. According to the suit, Linebald “sprayed Roundup on a regular basis”. Linebald, who worked on various golf courses for more than 31 years, began work at his first club in 1970 and was diagnosed with cancer in 1999.

According to Linebald, “as early as 1991, evidence existed demonstrating that glyphosate formulations were significantly more toxic than glyphosate alone.” The suit further claims that Monsanto “under-reported, underestimated and downplayed the serious dangers of Roundup.”

Linebald is seeking relief in the form of compensation for his pain and suffering, reduced enjoyment of life, and other noneconomic losses, as well as his medical expenses. He argues that Monsanto is responsible for his losses because they knew about the cancer risks of their product and failed to properly warn consumers.

According to Linebald’s suit, Monsanto carried out “negligent and wrongful conduct in connection with the design, development, manufacture, testing, packaging, promoting, marketing, advertising, distribution, labeling, and/or sale of the herbicide Roundup.”

However, the suit is alleging far more than just misleading advertising. Linebald claims that Monsanto engaged in more than 19 different types of negligence relating to his experience with Roundup.

As mentioned above, this suit isn’t the first that Monsanto has faced regarding Roundup. In fact, Monsanto was charged with misleading consumers and false marketing in relation to Roundup in New York in 1996. That suit required Monsanto to remove any claims implying that glyphosate is “safe, non-toxic, harmless or free from risk.” Linebald argued in his suit that while Monsanto was forced to remove misleading statements in New York, they carried on lying to consumers in the rest of the country.

Over the years, Monsanto has been ordered to pay billions of dollars to plaintiffs claiming that Roundup exposure caused their cancer, often non-Hodgkin’s lymphoma. In 2019, the agrochemical company was ordered to pay $289 million to one plaintiff alone; although, that amount was later reduced to $78 million, still a substantial sum.

Monsanto has long denied the risks commonly associated with Roundup. The Environmental Protection Agency (EPA) hasn’t stated that glyphosate is a carcinogen, but the World Health Organization has declared that the chemical is “probably carcinogenic”. Studies conducted by parties outside Monsanto have reported a 41% increase in the risk of non-Hodgkin’s lymphoma amongst long-term, high-exposure users of Roundup.

However, Monsanto’s own 800 plus “rigorous registration studies” haven’t shown a cancer risk. Despite this, a 2003 internal email cautioned Monsanto executive against stating that Roundup isn’t a carcinogen. A scientist with the company stated that they hadn’t done sufficient testing to back up that claim.