In the United States, the recent passage of laws legalizing the recreational sale and use of marijuana in the states of Washington and Colorado has highlighted the 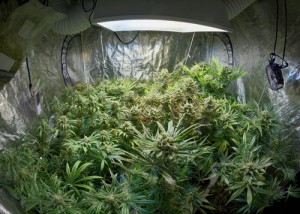 natural tension between state and federal legal authority. Marijuana has been illegal under federal law for decades, and most states have similarly criminalized the substance throughout this time. However, with the new laws, it is unclear what actions, if any, will be taken by federal authorities.

Some states have already dabbled with legalized marijuana for medical purposes, and in some instances, particularly in California, the federal government has ignored state prerogatives in these cases in favor of enforcing federal statutes. The new laws, however, represent a far greater challenge to federal authority than that posed by medical marijuana laws, calling into question whether the federal government will even be able to pursue this same strategy, or whether enforcement will necessarily become more enhanced or ignored altogether.

Attorney General Eric Holder, the nation’s highest-ranking lawyer, has recently acknowledged the difficulty of this problem, and provided assurances that the Administration’s position will be clarified relatively soon in the future.