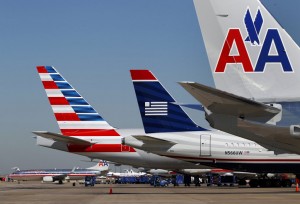 An underage girl (between the ages of 12-16) was reportedly touched inappropriately touched during a flight with American Airlines. The suspected perpetrator, Muhammad Asif Chaudry (37), has denied these allegations and was prompted not to comment by his legal team. He was released after paying a bail of $100,000.

In the lawsuit, it is stated in the girl’s claim that Chaudry attempted to touch her genitals. During the flight, when Chaudry left for the restroom, the girl called the attention of a flight attendant and was promptly transferred to the first available first-class seat.

The airline immediately contacted authorities – including the FBI – in order to investigate the claim at hand. Though Chaudry has denied the accusations, the girl has photographs on her phone of the man resting his leg across her lap. It has been stated that she could not move away from her position due to the fact that the seatbelt sign was on. She then details that she woke up to the inappropriate touch of the man by his hand and, later, his foot.
Minors travelling unaccompanied are charged an extra $150 for the promise that the attendants would care for them. The family has filed a lawsuit against the airlines for failing to provide the appropriate standard of care during the reported sexual assault against a minor.