The controversy over drawing the blood of a person suspected of drunk driving without a warrant from a judge has gained national attention this week, as the Supreme Court heard arguments in a disputed  blood testing case from Missouri. All 50 states in the U.S. have implied consent laws on their books, stating that all driver’s automatically consent to being tested for sobriety. If a driver refuses sobriety testing, in most cases, their driver’s license is suspended and their refusal can be used against them in legal proceedings. However, in the case heard by the Supreme Court on Wednesday, a law enforcement officer took a suspected drunk driver to a hospital to have his blood drawn without first securing a search warrant from a judge. 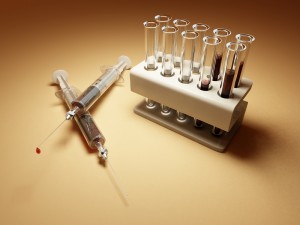 While blood testing is not uncommon in DUI stops and sobriety checkpoints across the U.S., in most instances, blood cannot be drawn without a judge first signing a warrant. However, many argue that waiting for a judge to sign and issue a search warrant could result in evidence against an intoxicated driver being destroyed, as the longer it takes to draw a suspect’s blood, the more time an individual has to sober up. However, many DUI defense lawyers have fought against drawing blood without a warrant, petitioning evidence gained in this manner as inadmissible. In their discussion, many of the justices expressed discomfort at allowing blood to be drawn without a judge’s warrant, while also acknowledging that they didn’t want procedural hold ups to potentially result in a loss of evidence. A decision on the case is expected sometime next summer.