Yesterday, the United States Supreme Court began considering making possible changes to the regulations governing class action lawsuits in the country. Specifically, the matter being discussed concerns personal injury attorneys and other parties possibly making intentionally low claims for damages, or taking advantage of existing loopholes, so that their claims can be tried in state courts — which are typically more favorable to plaintiffs’ interests. 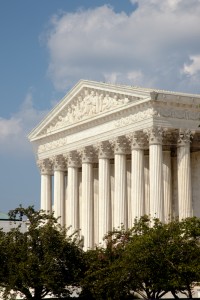 Current regulations stipulate that if a class action claim is pursuing damages in excess of $5 million, the case must be moved to a federal court, and these courts are generally seen as favoring defendants’ interests. The case that brought forward this discussion is Standard Fire Insurance Co. v. Knowles, and support for making changes was surprisingly found among a number of judges who are supportive of class action lawsuits.