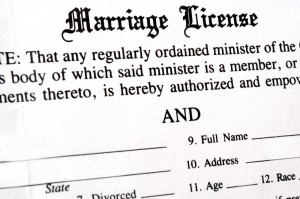 Some of the biggest news of late has revolved around the legalization of gay marriage in all states in America. Despite this Supreme Court decision, a gay couple in Texas recently faced problems in their county while trying to receive a marriage license. After entering the Hood County Courthouse on Monday, Jim Cato and Joe Stapleton were denied a marriage license by the clerk. The two immediately filed a lawsuit against clerk, Katie Lang, who cited religious reasons for the denial of the marriage license.

A mere twelve hours after filing the lawsuit, the couple was granted their marriage license. Despite this, the couple has not withdrawn their lawsuit. The couple is still trying to obtain an agreement for Lang to immediately offer licenses to all gay couples, as Cato and Stapleton were not the first she denied. They are also looking to be compensated for attorney fees. This comes shortly after a lesbian couple in Texas was denied a marriage license in a county near Tyler.

Many are calling for further laws to protect couples against actions such as this. These laws would protect couples from clerks denying licenses based on religious beliefs. Cato and Stapleton state they wish they did not have to file the lawsuit, but felt it was necessary to be able to get married in their hometown. The lawsuit is still ongoing and may result in further protections for same sex couples.