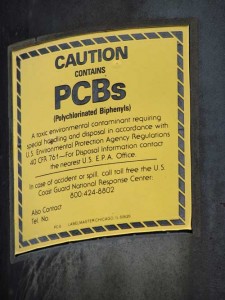 More than three decades have passed since the United States Congress issued a ban against the manufacture and use of polychlorinated biphenyl compounds—commonly called PCBs—under the Toxic Substances Control Act. However, even after 30 years or so, plenty of communities continue to feel the lingering effects of these highly toxic chemicals. The ecological effects have been so troublesome that the city of San Diego, California has recently filed a lawsuit against the biggest manufacturer of PCBs during the time of its widespread use, agrochemical company Monsanto.

According to the San Diego Reader, the City of San Diego and the San Diego Unified Port District are suing Monsanto for its role in polluting its waters and surrounding bay area. The lawsuit, filed March 16, claims that Monsanto PCBs continue to contaminate the San Diego Bay and have caused significant effects on wildlife in the area. As noted in the lodged complaint, “PCB contamination in and around the Bay affects all San Diegans and visitors who enjoy the Bay, who reasonably would be disturbed by the presence of a hazardous, banned substance in the sediment, water, and wildlife.”

Before its ban in the late 1970s, PCBs were widely used as industrial coolants and became a vital ingredient in a variety of commercial products. During this time, the production of PCB substances was monopolized by Monsanto. Between 1929 and the federal 1979 ban, an estimated 1.5 billion tons of PCBs were manufactured by Monsanto. The San Diego lawsuit points to reports and documents dating as early as 1969 that indicate Monsanto had been well aware of the potential health and ecological risks posed by their chemical products. A separate news report by RT noted that one internal Monsanto memo showed that the company was well aware of the dangers of PCBs long before they stopped production, two years before the ban.

All in all, the City of San Diego is looking for Monsanto to cover the expenses of dredging the bay area to remove PCBs and paying any additional costs for the destruction of natural resources. Today, the Environmental Protection Agency (EPA) recognizes PCBs as a probable human carcinogen. Aside from the risk of cancer, the pollutant has also been found to be potentially dangerous to the nervous, endocrine, reproductive, and immune systems of the human body.

Sources about the History of Monsanto PCBs

Other Good Places to Learn about Monsanto PCBs