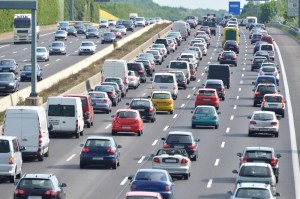 In the early morning of March 28, nineteen California taxi companies filed a lawsuit against the popular car-sharing service app Uber. This comes directly on the tail of similar lawsuits that have been filed by taxi firms and other for-hire drivers all over the United States, which includes a class action suit that’s currently pending in Florida. In all these cases, the plaintiffs emphasize that Uber is endangering the lives of their passengers through deceptive claims about the safety of their services.

The California lawsuit, in particular, cites ‘false and misleading advertising’ used by Uber Technologies for their UberX platforms. As the Los Angeles Times reported, the ads promote the new platform as “the safest rides on the road” and “safer than a taxi”. The plaintiffs, including cab companies from San Diego, Palm Springs, and San Francisco, claim such statements lead passengers to a false sense of security even when Uber drivers aren’t subjected to background checks and other safety regulations.

Should the lawsuit face trial, a jury will end up determining a specific amount to be awarded for the damages that the plaintiffs are seeking. Eve Behrend, spokesperson to Uber, responded to the lawsuit by saying that it was “frivolous” and “without merit”.