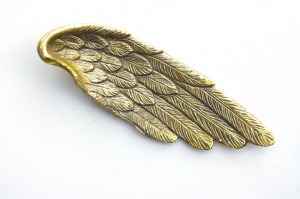 Popular energy drink is under fire for failing to live up to its slogan, which was “Red Bull gives you wings.”

Austria-based Red Bull GmbH which manufacture and market the energy drink Red Bull agreed to pay all U.S. claimants that purchased the drink from 2002 between $10-15 as compensation for alleged false advertising. It could be argued that the slogan was merely an exaggeration and not meant to be taken literally.

The idea that those who drink the product expected to actually develop wings may seem far-fetched. From a legal point of view, apparently, the claim had merit because the case was successfully certified for class action.

Whether the courts would continue to look favorably on the claimants’ stand will never be known though. Red Bull decided to agree to a $13 million settlement, half of which is slated for the estimated 1.4 million people who may make a claim rather than go through the litigation process although they continue to defend their position that notwithstanding the slogan their advertising was accurate and truthful.

After all, puffery is an accepted part of advertising, and in most cases the legal doctrine caveat emptor or “buyer beware” curtails the liability of companies for using flowery language to sell their products. In the case of Red Bull, however, the $13 million price tag to avoid legal wrangling was probably a smart move, considering that the product garnered billions of sales for its manufacturer over the years. Officially, drinking Red Bull does not give you wings.